Gabriela M. on Mt Harvey:
“Initially the hike was planned for Rainbow Lake but fortunately I received an email with a link to a post informing that a bridge that crosses a creek hadn’t been put up yet so I chose Mount Harvey instead. It was 5 of us in total and we started the hike around 9 am. Quite the steep hike but we did well. Snow became visible, but not enough to be of any inconvenience just before the trail opens up to the big view of the Lions. We then continued onto the final push to the top of Mount Harvey and I found that poles were quite useful here with the snow we had to walk across. The scrambling was snow free and the view at the top was phenomenal. Our descent went well and we enjoyed a meal/drink in North Van. Great outing.” 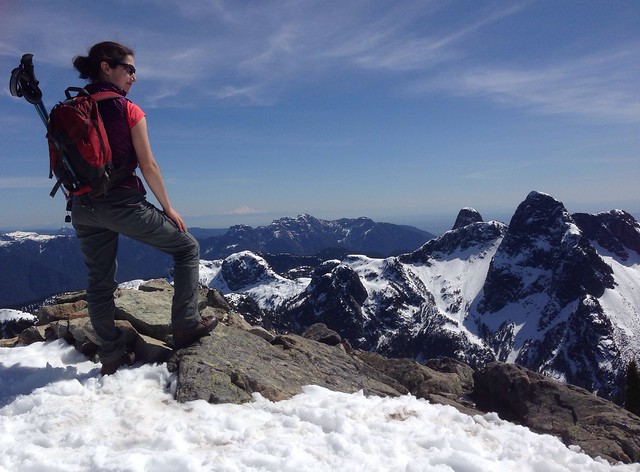