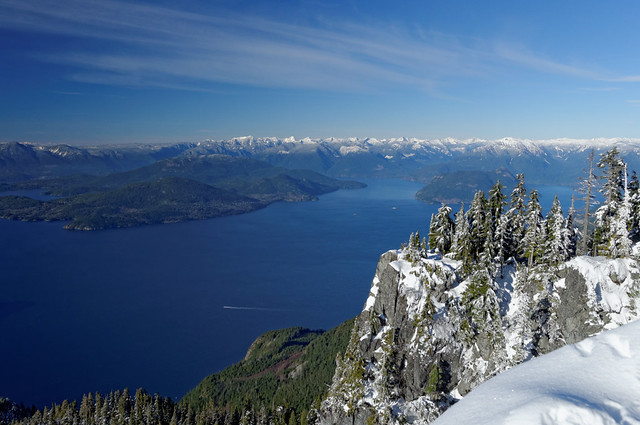 Will on Unnecessary Mountain:
“Two people came along with me on a very unpromising-looking Sunday morning. A few kilometres up the road to Cypress Bowl we broke into the sunshine and were above the clouds in the warm sunshine all day.

We took the Howe Sound Crest trail over St Mark’s Summit and on to Unnecessary, stopping for lunch in between Unnecessary’s two main summits and continuing towards the Lions until we hit our turnaround time.

There are lots of ups and downs on this trail and it’s rough in places. But the forest lower down is beautiful, and the part along Unnecessary was lovely: hiking on granite slabs among fall colours, with great views all around.” 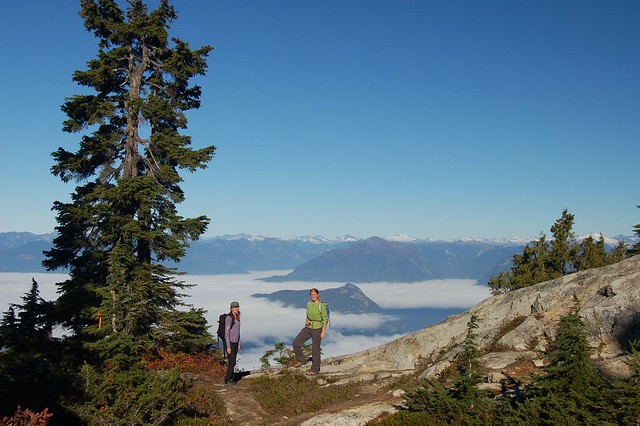