Steve on Baden Powell (east):
“A slim response to my Friday callout dropped from 3 to just 2 of us, but Merv was on board with doing a reduced sized hike just the same. I’ve done the one-way version of this many times in both directions, but by leaving a car in Deep Cove and driving to Hyannis Drive we minimized the driving and maximized the hiking for this half distance trip, plus dropping Merv at his car was on my way back to the bridge with hardly a detour.

The weather was with us, a blue sky day, not too hot. We discussed the many trips each of us had done and allow me to say I was impressed by some of the killer ascents my partner for the day had tackled in previous seasons.

We were done before noon and decided to get a Honey’s donut another time.” 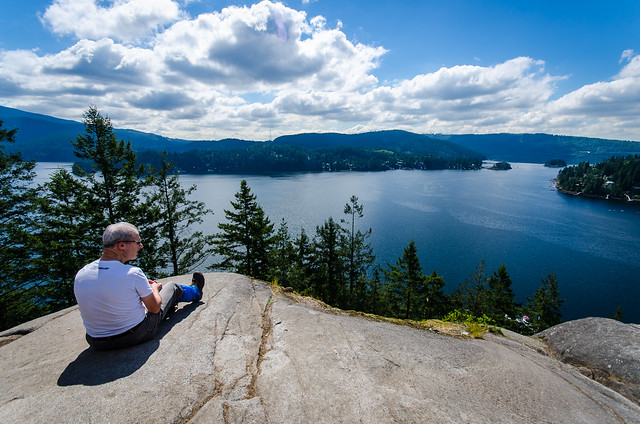